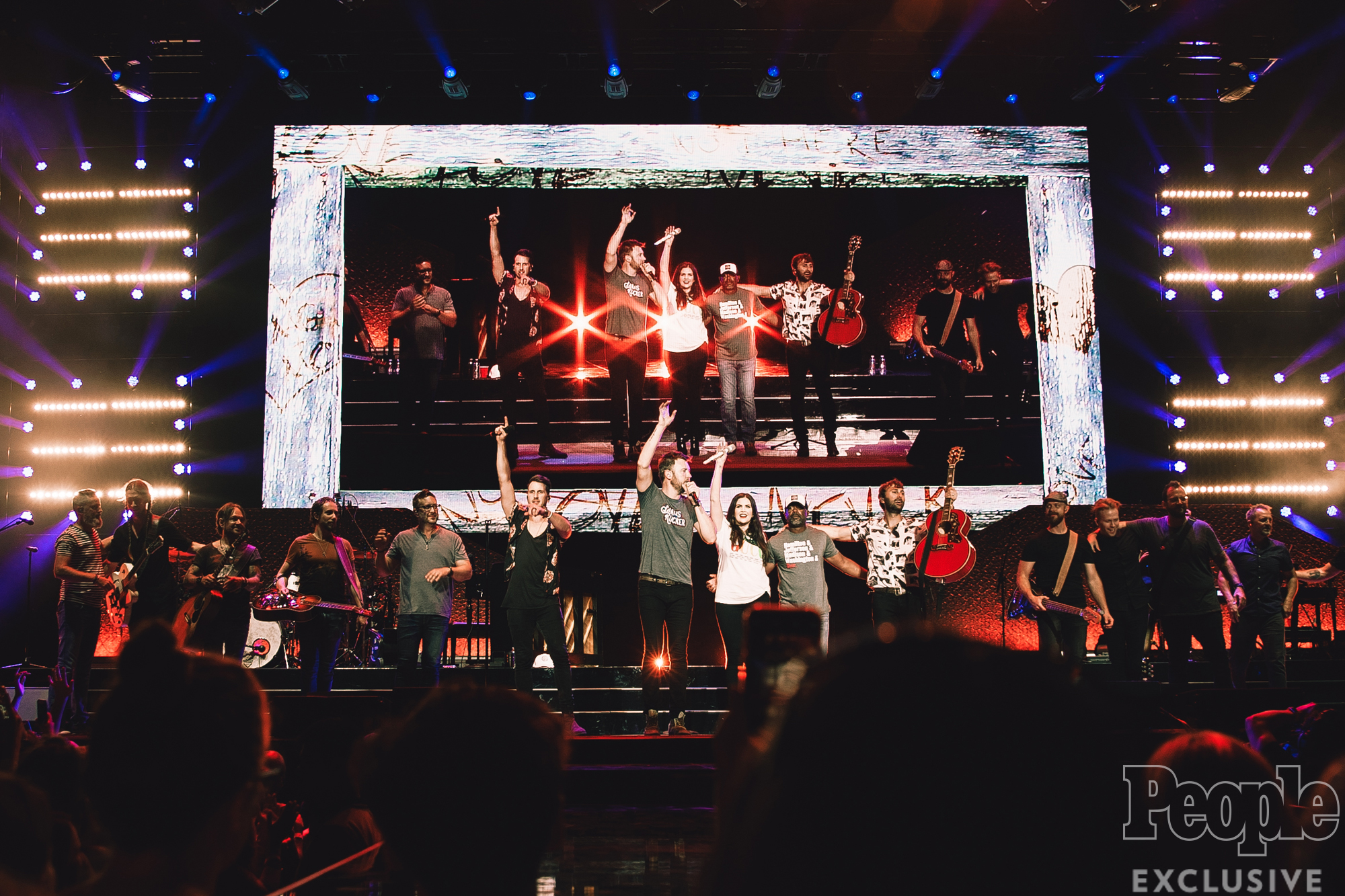 After years of friendship and months of preparation, Darius Rucker and Lady Antebellum launched their co-headlining Summer Plays On Tour to a deafening welcome in Toronto, Ont. (7/19) and Cuyahoga Falls, Ohio (7/20) this past weekend. With what The Plain Dealer called "one of the biggest mainstream country pairings of the summer," Cleveland Country Magazine noted that it is "hard to imagine who's having more fun at the show -- the fans or the acts on stage" with a playlist-worthy set spanning over 20 No. 1 hits between the two.Today, PEOPLE.com shares an exclusive behind the scenes photo gallery highlighting Darius and Lady A's opening weekend as the run continues thrilling audiences across the U.S. all summer long.

“Charles, Hillary and Dave have been such good friends to me over the years – we even toured together once before during the summer of 2012,” explained Darius. “It’s always exciting to be out on the road with our fans, but I knew it would be even more special with Lady Antebellum being part of the tour too. If the rest of the shows are as much fun as this past weekend, we’re in for a great summer!”

"We've been itching to get back on the road with Darius for a while now and we couldn't have asked for a better opening run," said Lady A's Dave Haywood. "You could just feel the energy between all the bands, crews and fans. The crowds made a lasting impression on us and we can already tell there are a lot of memories to be made this year."

For a behind-the-scenes look at the launch of the Summer Plays On Tour exclusively through PEOPLE.com, click HERE.

Darius took the stage first, bringing fans to their feet with “Alright” and recent No. 1 “For The First Time” before Charles Kelley of Lady Antebellum joined him for their collaborative “Straight To Hell,” the current single. Lady Antebellum with hits of their own, including “Need You Now” and current Top 15-and-climbing single “Heart Break,” with both acts uniting for a group encore that included a lively singalong of Rucker's Hootie & the Blowfish classic “Hold My Hand.” In addition to the co-headliners, Triple Tigers Records newcomer Russell Dickerson opened the show with a punch of energy, treating fans to a dynamic set which included his single, “Yours.”

After wrapping the first two nights of the Summer Plays On Tour, Darius and Lady A temporarily parted ways as the trio headlined the Darien Lake Amphitheater in Darien Center, N.Y. (7/21). Meanwhile, Darius reunited with his Hootie & the Blowfish bandmates for a one-night only performance in Atlanta, Ga.