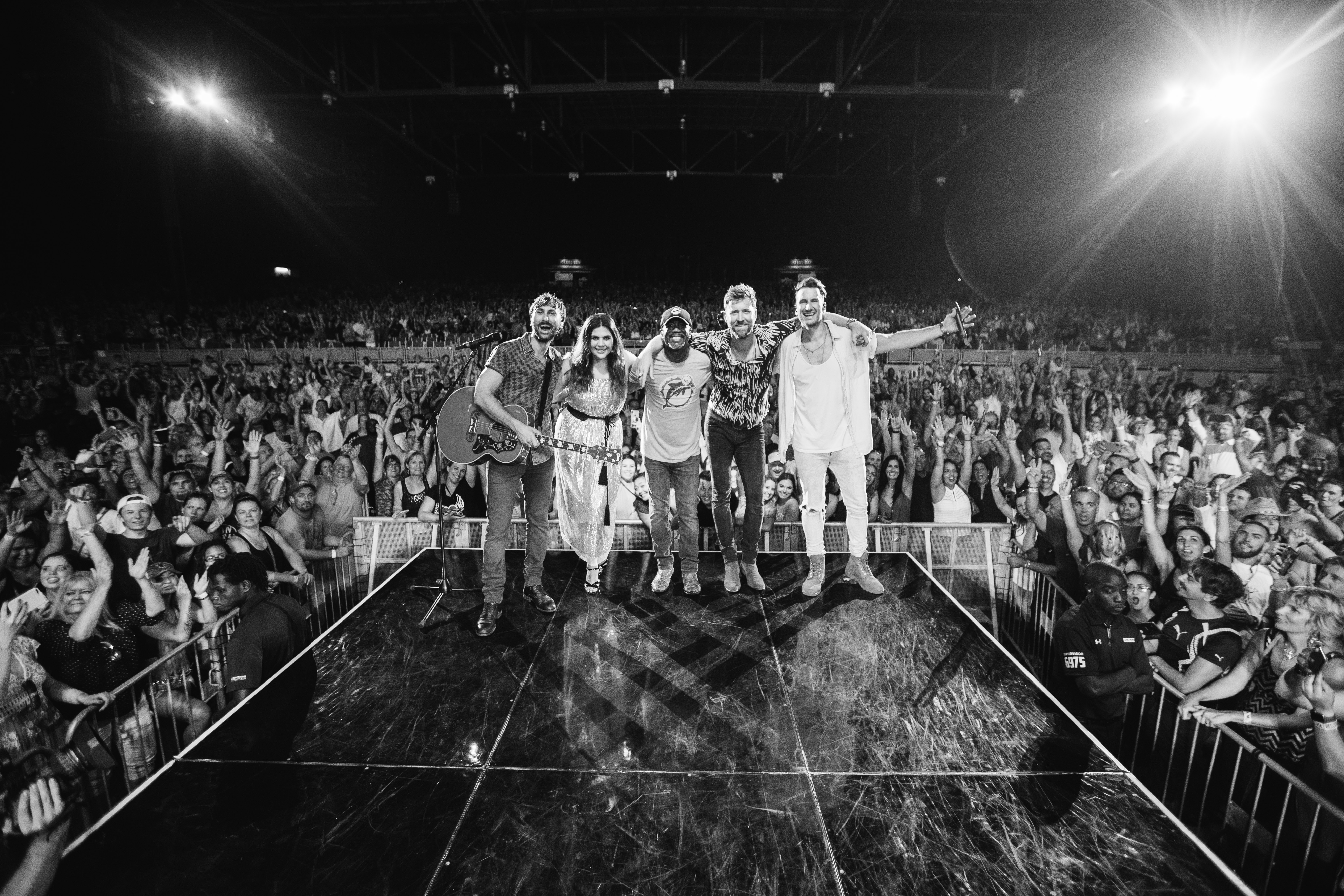 After sharing a long-time friendship and touring history, Lady Antebellum and Darius wrapped their co-headlining Summer Plays On Tour this past weekend on the East Coast. Throughout the summer run, the superstars dubbed “two of Country music’s most upbeat and crowd-pleasing artists” by the Tampa Bay Times brought “the best of both worlds” according to the Indianapolis Star, while delivering what The Oakland Press referred to as “a jukebox worth of hits.” Both acts, along with opener Russell Dickerson, offered unique and spontaneous collaborations and were lauded by PEOPLE for their “action-packed sets” each night as a dollar from every ticket sold was donated to LadyAid and Just Be You art therapy.

“Spending this summer with Darius has made for one of the most memorable tours we have had as a band,” said Dave Haywood. “There were nights the fans were so loud we couldn’t hear each other, and that’s a reaction you just don’t get unless everyone is having a blast. We can’t thank everyone enough for coming out and Russell for getting us started every night.”

“It's hard to believe this summer is already over,” shares Darius. “We've been one big family on the road this year, and I think that came across on stage every single night. Of all the years we've hit the road, this one was special. I want to thank the fans as we had so much fun on stage because they really brought so much energy and excitement every single night. For me, that's what summer is all about: music, family, friends and sharing something special that we'll remember forever.”

With “plenty of energy and vigor” as recognized by the Phoenix News Times, Rucker and Lady A were praised by the Cleveland Plain Dealer as “one of the biggest mainstream country pairings of the summer.”

The St. Louis Dispatch remarked that “if a music show is made of moments, the night had one that fans probably still are talking about,” while the OC Register raved that the tour was “a true co-headlining run with both acts playing equal time and popping into each other’s sets randomly throughout.” As the Milwaukee Jouurnal Sentinel explained, “the star power was especially strong at the end, when Rucker and Lady A appeared together for a three-song, 20-minute encore.”