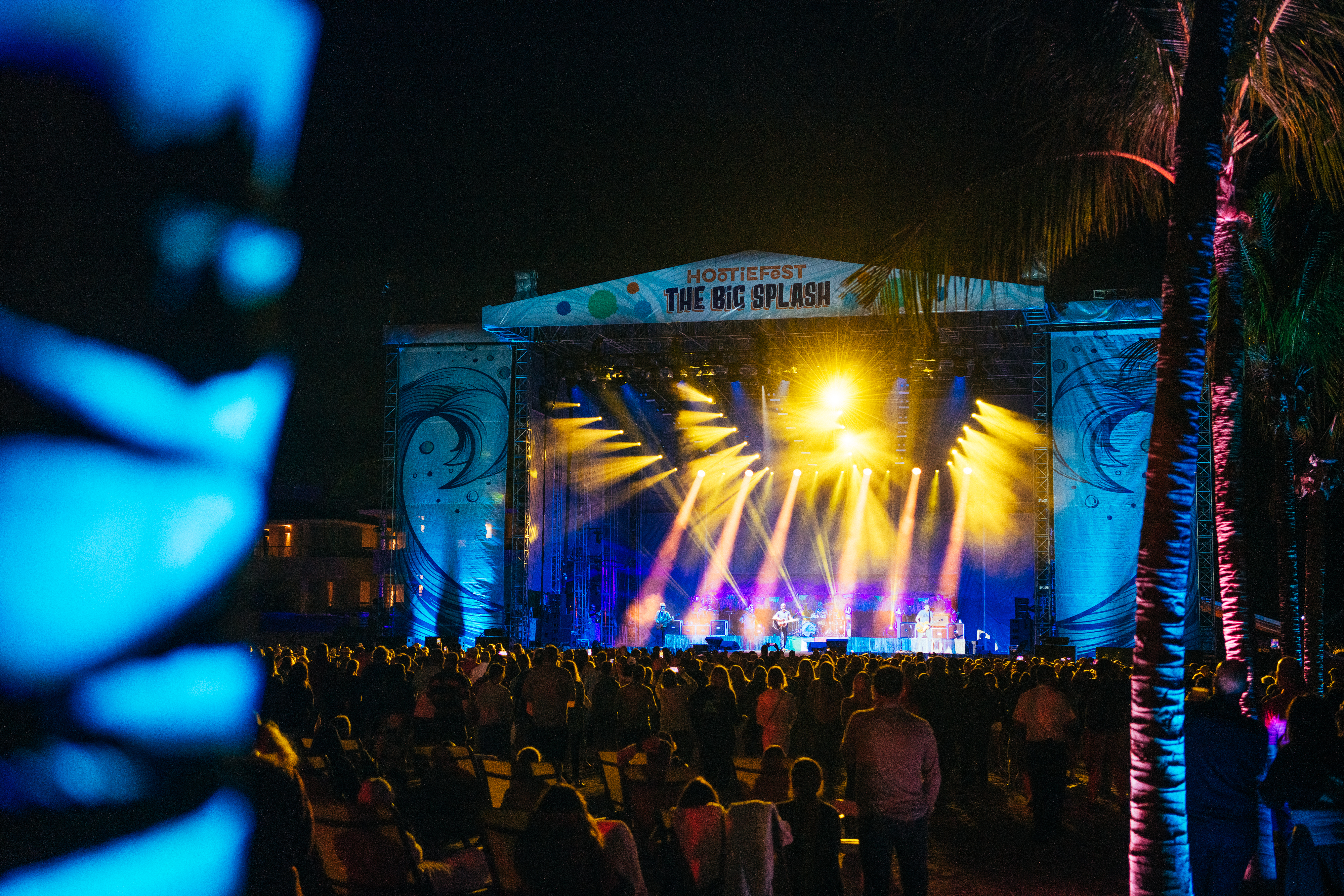 Following an incredible and equally memorable inaugural event last January, Hootie & the Blowfish have announced rescheduled dates for the return of their destination concert vacation - HootieFest: The Big Splash. Hosted April 26-29, 2023 on a picturesque stretch of white sand beach at Moon Palace Cancún, the four day celebration of all things rock will feature three complete sets by the GRAMMY Award-winning band, including two headlining performances and one special sunset set. The event will also feature newly added headlining performances by the Goo Goo Dolls and Barenaked Ladies, plus appearances by Collective Soul, Gin Blossoms, Everclear, Edwin McCain, Lit, and Cowboy Mouth (2 Performances) as well as Occasional Milkshake and Voice of Harold, both featuring Mark Bryan of Hootie & the Blowfish. Additional details, including pool party performances and off-site adventures are still to be announced.

In addition to daytime entertainment, curated activities, and nightly concerts, guests are encouraged to explore Mexico’s natural beauty and rich ancient culture during their HootieFest trip via various off-site adventures including diving in underground cenotes, visiting the lost capital of Chichen Itza, discovering the hidden gems of nearby Isla Mujeres, sailing on luxury catamarans, and more.

HootieFest: The Big Splash’s ongoing commitment to a comprehensive greening program continues in partnership with Moon Palace, which has been designated as a low carbon tourism provider. In addition to a single-use plastic-free concert area, all waste discarded throughout the resort will be sorted during the event and diverted from landfill. These efforts result in more responsible and sustainable event production while directly contributing to the fight against climate change.

HootieFest: The Big Splash will continue to closely monitor relevant recommendations and guidelines from the CDC, the WHO and local authorities in order to prioritize the health and safety of all guests, artists and staff.

For more information about HootieFest 2023, including how to book all-inclusive packages and payment plan details, please visit: www.hootiefest.com.

About Hootie & the Blowfish

With the rich, bluesy vocals of Darius Rucker and gleeful harmonies of guitarist Mark Bryan, bassist Dean Felber and drummer Jim “Soni” Sonefeld, Hootie & the Blowfish have sold over 25 million records worldwide to date after their infectious melodies hit the airwaves in 1994 with hits such as “Hold My Hand,” “Let Her Cry” and “Only Wanna Be With You.” The quartet met at the University of South Carolina where endless gigs at frat houses and local bars built a major local buzz. Their blend of pop, folk, blues, soul and rock made them hard to pigeonhole, but easily accessible to anyone who loved good music.

Atlantic Records, impressed by their regional draw, signed them and released Cracked Rear View in 1994. The album had been out for six months before the band played on the “Late Show with David Letterman” which sent sales skyrocketing, eventually landing at No. 1 on the Billboard chart the following spring. Cracked Rear View and the band went on to win two GRAMMY Awards, an MTV Video Music Award, a Billboard Music Award and multiple People's Choice Awards. Cracked Rear View also earned the band Billboard's Band of the Year Award in 1996 and the RIAA's Diamond Award for sales in excess of 10 million units. At 21x Platinum, Cracked Rear View remains among the Top 10 best-selling studio albums in music business history.

The band remained a top draw nationwide following their debut and released five more albums for Atlantic: Fairweather Johnson, Musical Chairs, Scattered, Smothered & Covered, Hootie & the Blowfish and The Best of Hootie & the Blowfish, as well as Looking For Lucky on their own Sneaky Long Records and LIVE in Charleston, The Homegrown Concert Event DVD and CD. The band took a break from full-time touring in 2007, reuniting annually for a variety of philanthropic events while also pursuing solo projects. 2019 marked the band's first full-time touring year in over a decade as they embarked on the sold-out Group Therapy Tour in support of Imperfect Circle, released in late 2019 under a new record deal with Universal Music Group’s Capitol Nashville.