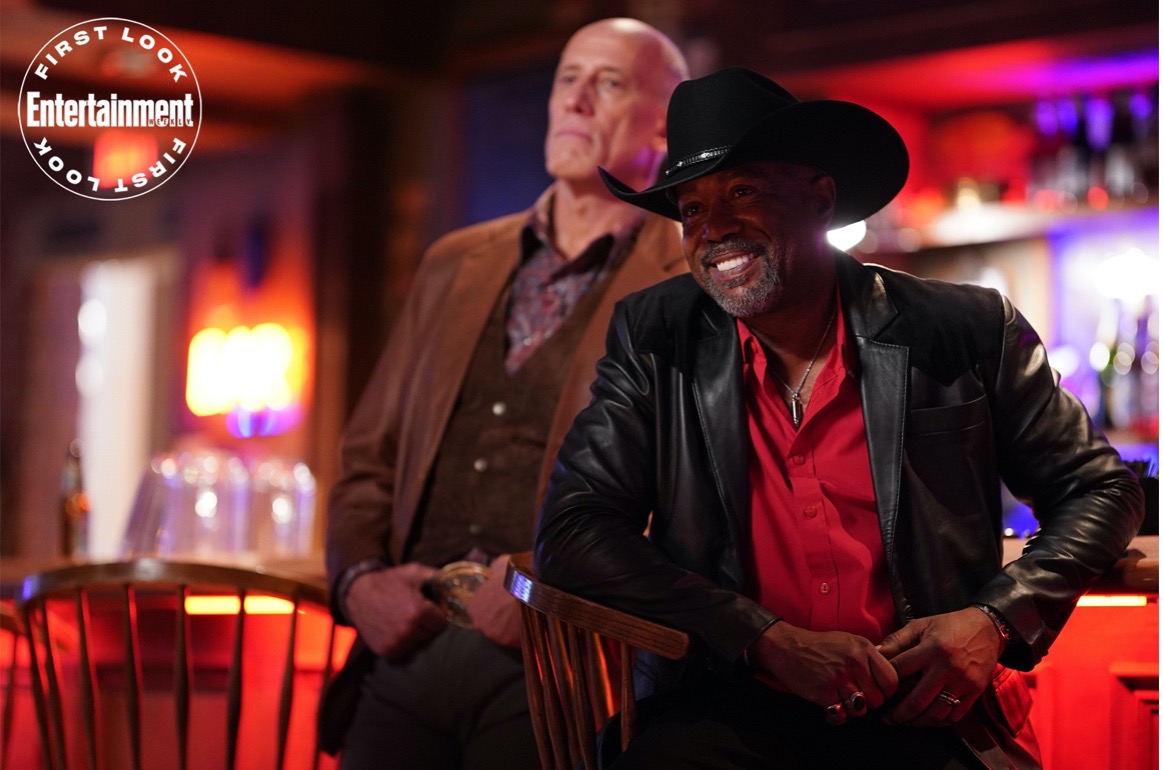 Having recently celebrated the Diamond-certification of “Wagon Wheel” as well as his 10 No. 1 Country singles, three-time GRAMMY Award winner Darius Rucker joins “TODAY” anchor Craig Melvin this Friday, Nov. 4, to discuss the significance of such major milestones and to reveal an exclusive update about his forthcoming new music. Tune in to NBC in the 8 a.m. ET and 9 a.m. ET hours to watch the interview.

Rucker will also make his return as an actor during tonight’s episode of “Big Sky: Deadly Trails” on ABC. In the role of Possum, Rucker guest stars as a hired gun who works at night like his nocturnal namesake, partnering with expert tracker Tex (Lyle Lovett), for better or worse, on this particular job. Centered around private detective Cassie Dewell (Kylie Bunbury), undersheriff Jenny Hoyt (Katheryn Winnick) and newly appointed sheriff Beau Arlen (Jensen Ackles) as they maintain order in Helena, Mont. with their unparalleled investigative skills, “Big Sky: Deadly Trails” features a local backcountry trip led by charismatic outfitter Sunny Barnes (Reba McEntire) gone awry, as the trio faces their most formidable mystery yet – in which no camper can be trusted and where danger lurks around every jagged rock and gnarled tree. Tune in at 10 p.m. ET/PT to watch the drama unfold.