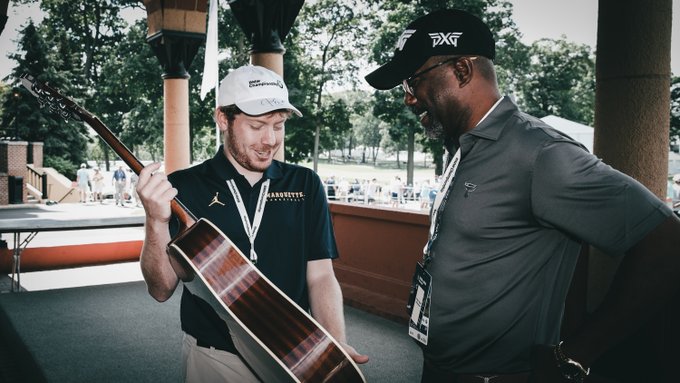 Darius was on-site at the BMW Championship at Medinah Country Club on Thursday, Aug. 15. He surprised Evans Scholar, Noah Enright, with a meet-and-greet, autographed guitar and a VIP ticket and experience package to a Hootie and the Blowfish reunion tour stop in Chicago later this month.

A native of South Elgin, Illinois, Enright is currently a senior at Marquette University. He is pursuing majors in secondary education and history, and minors in music and social science. A leader in his Evans Scholars chapter, he was elected chapter president of the more than 60 Scholars who live together in the Marquette Evans Scholarship House in Milwaukee. Enright played for four years in his high school’s guitar ensemble, and in his free time, taught guitar lessons.