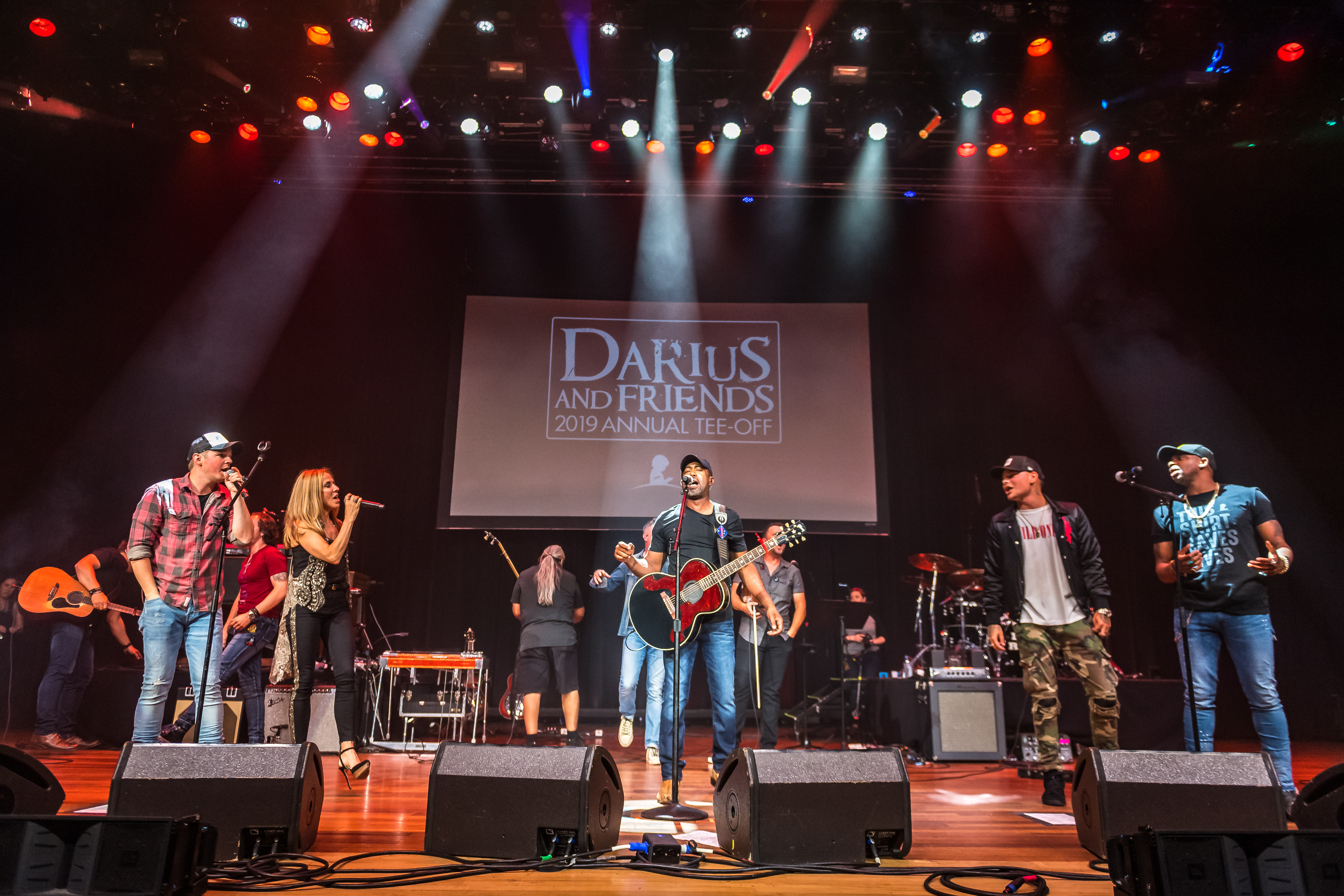 A decade after first visiting St. Jude Children’s Research Hospital where he was immediately inspired to pledge his support, Darius has surpassed the $2 million mark in his fundraising efforts with this year’s 10th annual “Darius & Friends” benefit concert on Monday night followed by his corresponding golf tournament and silent auction on Tuesday morning. This year’s event alone raised a record-setting $425,000+, bringing the all-time total to more than $2 million.

“I was struck on that first visit by how St. Jude not only cares for their patients, but also their patients’ families,” said Rucker. “They believe that a financial burden is the last thing a family should face when their focus needs to be on helping a kid get better, and St. Jude makes sure that their patients never pay a dime. It’s an honor for us to be able to help them continue such an important mission.”

The fundraising event has become an unofficial kickoff to CMA Fest over the years as fans descend on Music City for the week of festivities ahead. For its third year at the historic Ryman Auditorium, Rucker was joined by friends Jimmie Allen, Kane Brown, Luke Bryan, Sheryl Crow, Travis Denning and Brett Young as well as more than 2,400 fans at the sold-out show. In addition to the announced lineup, “Darius & Friends” has earned a reputation for its exciting surprise guests and the trend continued this year with Lady Antebellum’s Charles Kelley.