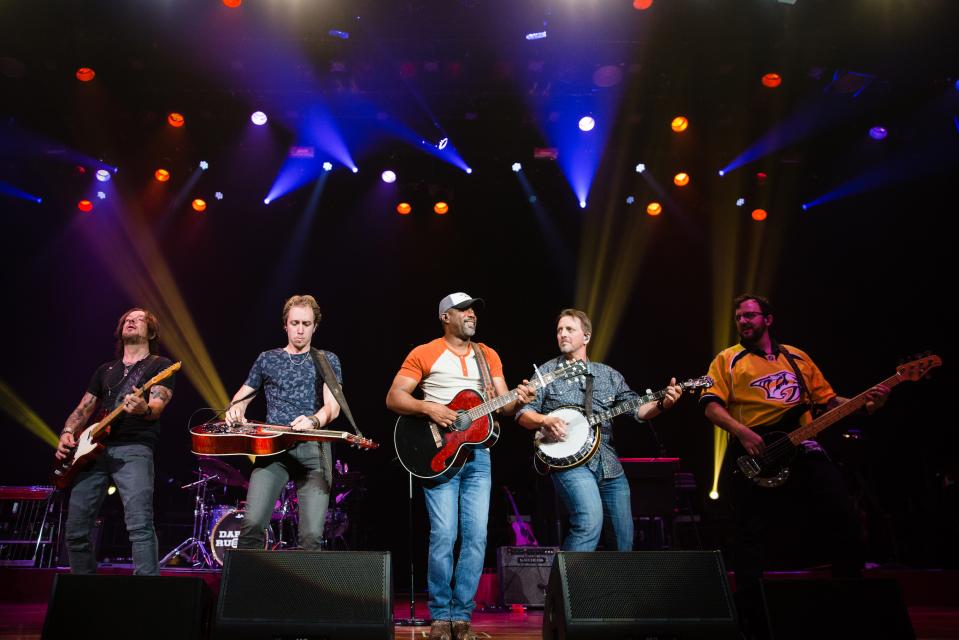 Nine years after first pledging his support to St. Jude Children’s Research Hospital® and the thousands of children the healthcare institution treats, Darius Rucker and his many friends have surpassed the $1 million fundraising mark following the music superstar’s sold-out eighth annual “Darius and Friends” benefit concert, sponsored by A.O. Smith, on Monday night. This year’s concert, auction and golf tournament alone raised $402,000 for St. Jude, breaking the previous year’s record and bringing the cumulative total raised for all years to $1.2 million.

“You can’t help but be moved by the amazing work that St. Jude does," says Rucker. "To raise this kind of money and awareness for them... for the families that rely on St. Jude, it's just incredible. I’m so grateful to all our friends who came out and donated their time to be on the show-- and Brooks & Dunn for surprising me onstage! Just wow!"

“It’s always so cool to sing here,” Ronnie Dunn told the crowd after singing “Red Dirt Road” with Kix Brooks and Rucker. “It’s like a spiritual experience. I guess that’s why they call it the Mother Church.”

Brooks & Dunn finished off their appearance with “Boot Scootin’ Boogie,” with Brooks pulling a fan on stage to dance with him, before hot-footing it back across the street to Bridgestone Arena where the Nashville Predators were hosting the Pittsburgh Penguins in Game 4 of the Stanley Cup.

“I’m blown away right now,” Rucker said as the duo departed. “They left the hockey game to come play for you!”

Darius and Friends has become the unofficial kickoff to CMA Music Festival week in downtown Nashville over the years. Drawing both new acts and veteran superstars over the years, Rucker always gives the fans a party experience – though 2017’s after-party on the street with Predators fans was hard to beat.

This year included Dan + Shay, Combs and Ray – who all scored hits with their debut singles. Combs, who just celebrated multiweek No. 1 “Hurricane,” made his appearance just a few hours after his national television debut on “TODAY” on Monday morning. Ray sang his own hit, “Kiss You in the Morning,” then joined Rucker on a cover of Randy Travis’ “Forever and Ever, Amen.” And Thayer helped Rucker live out a childhood dream with a cover of KISS’ epic anthem, “Dr. Love.”

“When I was a kid, I would stack up cans of corn and peas and put a flashlight on top, grab a broom and sing KISS songs until my mother made me stop,” Rucker told the crowd.

Oates performed a historic piece, Al Jolson’s “Me and My Gal,” first played on the Ryman stage in 1929, then joined Rucker on “Sara Smiles,” a vintage Hall & Oates hit. “I had a girlfriend in the fifth grade and I loved her,” Rucker admitted. “She moved to Florida and my sister used to make fun of me because I was crying about it. And I would go in my room and sing this song for hours because it made me feel better.”

The event has been sold out year after year, raising funds through concert tickets sales, a silent auction and annual golf tournament, hosted by the free-swinging Rucker and his band. Friends performing with Rucker in the past have included Luke Bryan, Radney Foster, Randy Houser, Jamey Johnson, Charles Kelley of Lady Antebellum and Kenny Rogers, among many others.

Rucker, a longtime philanthropist over his more than two decades as a hit-maker and singer-songwriter in the music industry, made a commitment tosupport St. Jude Children’s Research Hospital® after touring the campus in 2008. St. Jude Children’s Research Hospital® is leading the way the world understands, treats and defeats childhood cancer and other life-threatening diseases. Unlike any other hospital, the majority of funding for St. Jude comes from individual contributions. Events like this help ensure families never receive a bill from St. Jude for treatment, travel, housing or food – because all a family should worry about is helping their child live. 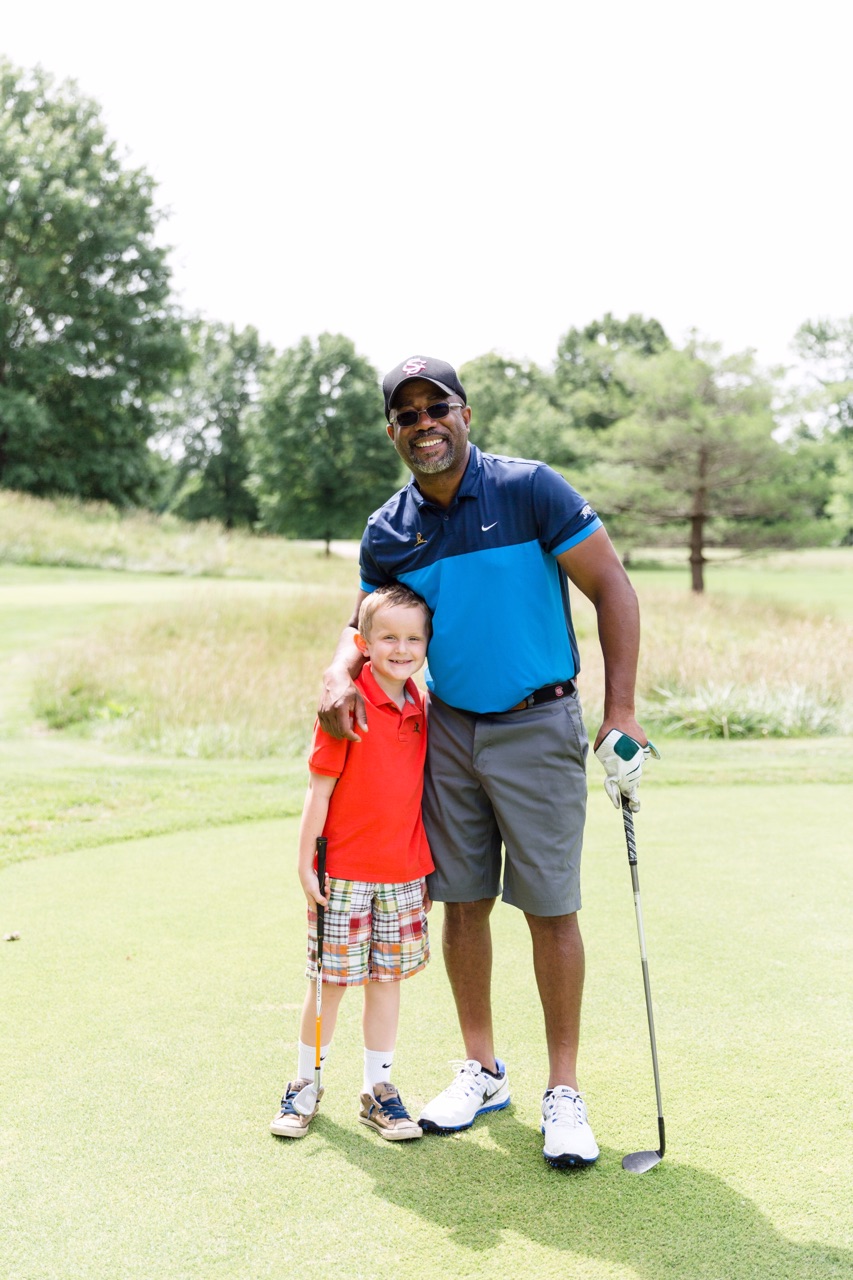