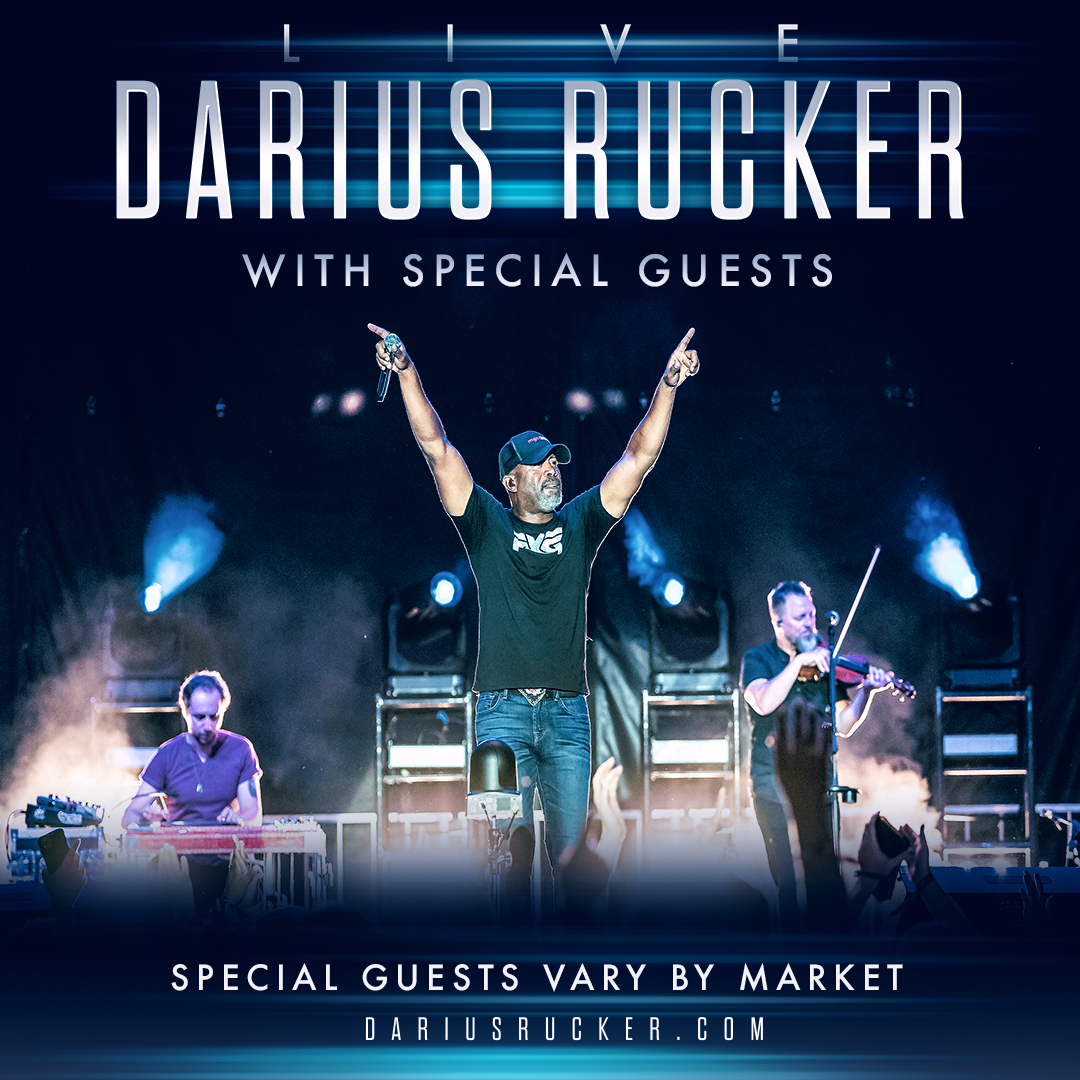 Darius Rucker has announced plans for a summer run of shows, bringing a who’s who of rising Nashville stars along on 14 dates while also appearing at several fairs, festivals and special events. Together with Tyler Booth, Daves Highway, Larry Fleet, Caylee Hammack, Ryan Hurd, Jameson Rodgers, Elvie Shane and Tenille Townes, Rucker will visit cities across the U.S. and Canada from July through September.

Tickets to several dates are on sale now, with tickets to most newly announced dates on sale to the general public beginning this Friday, April 22 at 10 a.m. local time via DariusRucker.com and on sale dates for remaining shows to follow, as noted below.

The announcement follows Rucker’s recently concluded spring theater tour, which brought the three-time GRAMMY winner to iconic venues across the country he had never previously played, earning rave reviews along the way and setting the stage for a lively summer of music.

“With a six-piece band, he delivered a simple, straightforward, delightful 90 minutes of country and pop, with songs from his solo repertoire and from Hootie & the Blowfish,” noted the St. Louis Post-Dispatch of his show at the city’s Fox Theater. At Detroit’s venue of the same name, the Oakland Press remarked that his “potent” performance was “genuinely special,” while The Boot celebrated his “charm and enthusiasm” on display at New York City’s Beacon Theater while “showcasing his mastery of country music” with his “sheer vocal power” and “roguish charm.”

Rucker also recently announced the 13th annual “Darius and Friends” benefit concert set for Monday, June 6 at Nashville’s Ryman Auditorium. The perennially popular event serves as an unofficial kickoff to the week of CMA Fest in Music City and has raised over $2.5 million to date for St. Jude Children’s Research Hospital.