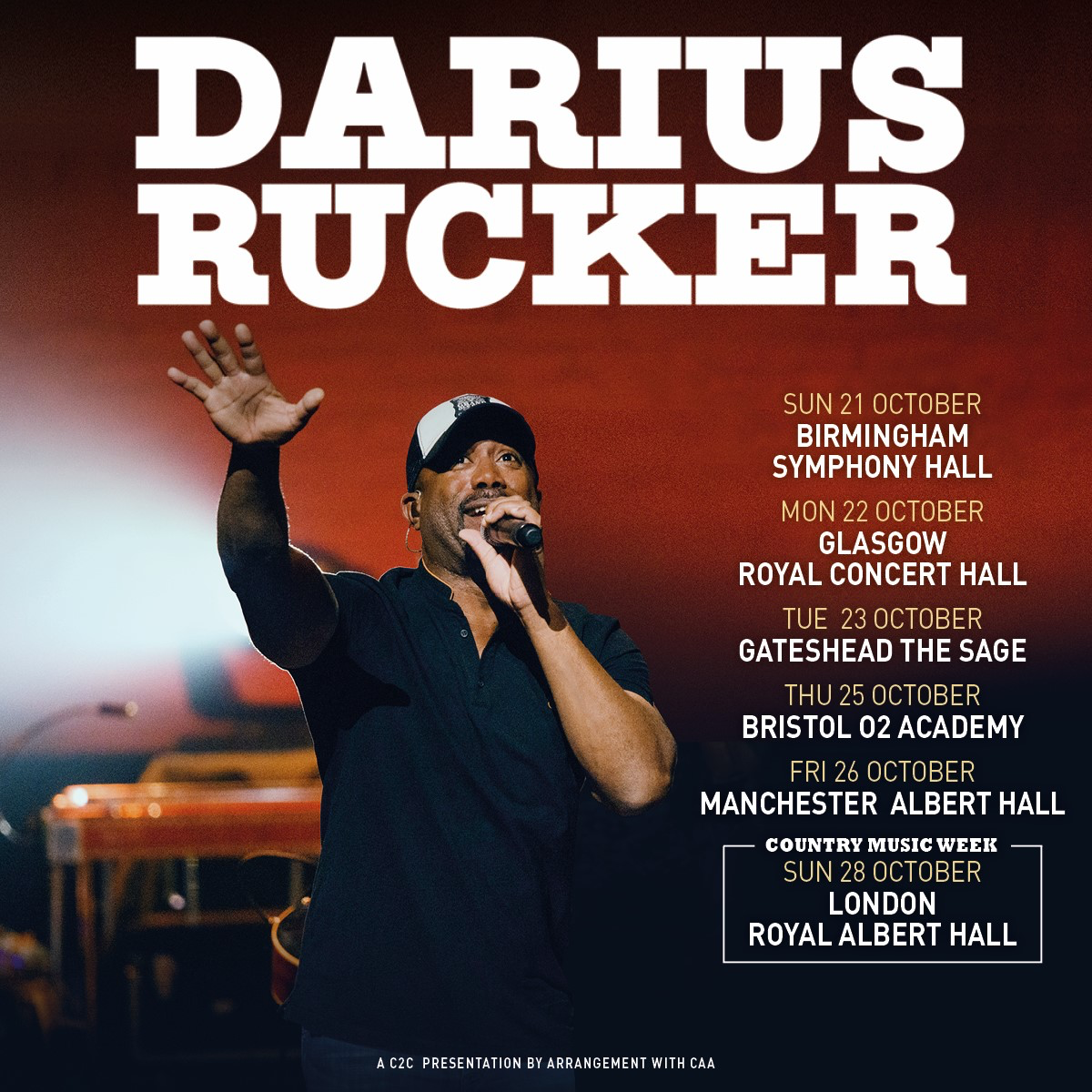 Rucker is no stranger to the devoted country faithful in London, Germany and Amsterdam. Since signing with Capitol Records Nashville and releasing his first country album 'Learn to Live' in 2008, the three-time GRAMMY winner has made multiple trips overseas including Country to County (C2C) festival at the O2 in London in 2013 where he declared he “couldn’t wait to get back” before making good on that promise and returning again in 2017 to rave reviews. Tickets go on sale Friday, March 2 at 9AM GMT here.

One publication wrote, “…will go down in history as one of the Festival’s greatest performances” and another opined Rucker “was the highlight…and no one could top his performance.”

The Platinum artist who is a member of the esteemed Grand Ole Opry has invested in touring overseas. In 2017, Rucker returned to the C2C stage and performed shows in countries such as in Germany, Switzerland and the Netherlands.

Rucker has fearlessly followed his own musical muse while cultivating a huge following of people drawn to his uniquely seductive delivery. He makes it seem effortless, until you step back and take in the magnitude of the music and the far reaching, lasting impact of songs that have become part of popular culture from his days fronting Hootie & the Blowfish to a country solo career that has netted him eight No. 1 records.

His latest studio release on Capitol Records Nashville, 'When Was The Last Time', was launched with two sold-out shows that speak to the heart of who he is as an artist – making history at the famed Apollo Theater and a stadium-sized hometown, throw down in Charleston, S.C. at Volvo Stadium.

Tickets go on sale Friday, March 2 at 9AM GMT here.