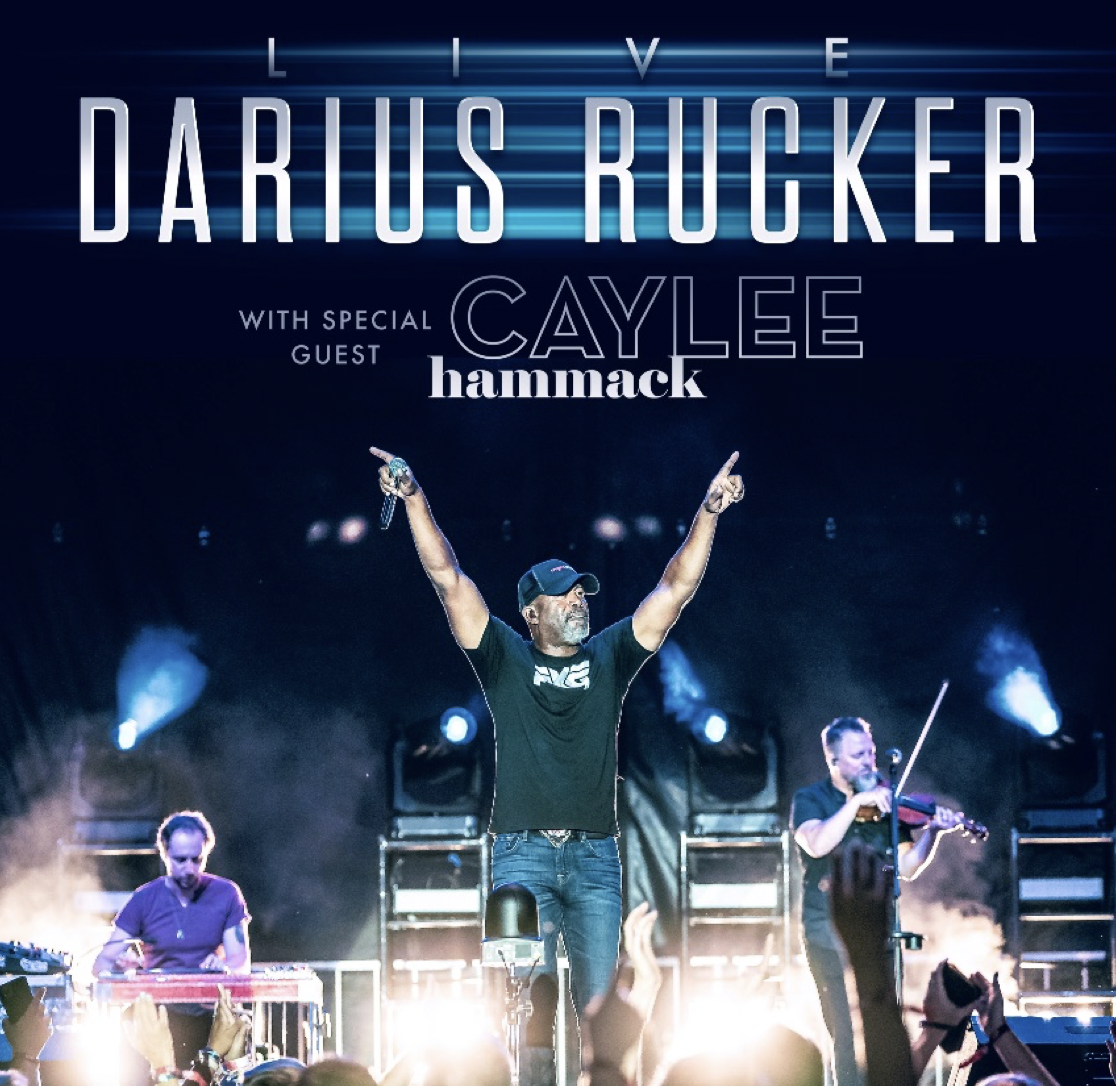 Darius Rucker has been teasing new music, posting photos back in the studio recording his first solo album since 2017’s When Was The Last Time. With new music on the horizon, fans knew the touring news wasn’t far behind. This morning he announces Darius Rucker Live set for early 2022, visiting iconic venues across the country for intimate theater performances.
“It’s been a dream of mine for a while to bring our show to these beautiful theaters,” notes Rucker. “Some of my favorite venue memories over the years are at places like the Apollo in New York or the Royal Albert Hall in London, as it’s just a different experience when you’re that close. With Hootie, we went straight from playing dive bars to arenas, so there are still a lot of theatres I’ve never had the opportunity to play. I’ll just say that this tour will have a lot of firsts, even for me.”
Beginning Thursday, Feb. 17 in Philadelphia, Darius Rucker Live produced by Live Nation visits classic theaters in 12 cities including Boston, New York, Chicago and more with support from Caylee Hammack on all dates.
Tickets go on sale to the general public beginning this Friday, Nov. 5, at 10 a.m. CT via Ticketmaster. Citi is the official presale credit card of the Darius Rucker Live tour. As such, Citi cardmembers will have access to purchase presale tickets beginning the Tuesday prior to each public on sale date at 12 p.m. local time until the Thursday prior to each public on sale date at 10 p.m. local time through Citi Entertainment. For complete presale details visit www.citientertainment.com.
Rucker will celebrate the news of the new tour with a performance of his current single, “My Masterpiece,” during an appearance this Friday, Nov. 5 on ABC’s “Good Morning America.” Written by Rucker together with Josh Osborne, J.T. Harding and Ross Copperman, the same foursome behind his recent No. 1 hit “Beers And Sunshine,” the song offers a swaying melody and lyrics that prize true love over all else:
I never had a silver spoon
I didn’t grow up in a castle
I never walked on the moon
I’ll never paint a Sistine Chapel
I can’t play piano like Ray Charles
But baby when my life is through
I hope they say my masterpiece is loving you
“One of the most common questions I got asked last year was if I had picked up a new hobby during quarantine,” Rucker shares. “I always answered that I was trying to learn piano, and someone asked if I was any good yet. J.T. Harding heard my response in that interview – ‘I can’t play piano like Ray Charles’ – and knew we had to write a song around that line.”
“My Masterpiece” will be featured on Rucker’s forthcoming album planned for release next year. In the meantime, fans can gear up for this season’s NFL games with the NFL x Darius Rucker Collection by Fanatics, an apparel line launching later this month which was inspired by Darius’ love for both music and football. The assortment from Rucker, the NFL and Fanatics, the world’s leading provider of licensed sports merchandise, will feature a fashion-forward selection of tees, fleeces, outerwear and more for all 32 NFL teams and will be available at NFLshop.com and Fanatics.com.
Darius Rucker Live Tour Dates
February 17  Philadelphia, Pa. | The Met
February 18     Pittsburgh, Pa. | The Benedum Center
February 19*   Columbus, Ohio | Palace Theatre
February 24     Boston, Mass. | Boch Center Wang Theatre
February 25     New York, N.Y. | Beacon Theatre
March 3           Milwaukee, Wis. | Riverside Theater
March 4           Minneapolis, Minn. | The Orpheum Theatre
March 17         St. Louis, Mo. | The Fabulous Fox Theatre
March 18         Indianapolis, Ind. | Murat Theatre at Old National Centre
March 24         Chicago, Ill. | Chicago Theatre
March 25         Detroit, Mich. | Fox Theatre
April 1             New Orleans, La. | Saenger Theatre
* tickets on sale Dec. 17; Citi presale Dec. 14 at 12 p.m. ET through Dec. 16 at 10 p.m. ET